Spreading the Gospel of Jesus Christ through song, with the ultimate goal of leading all that will to repentance and to experience the love of Jesus Christ.

OGHBYRG Productions is an independent record label founded upon the vision of Marlon Lock, in honor and admiration of his grandparents – Apostle Eldridge and Prophetess Naomi Lock. They were the founders of the church that Pastor Lock currently oversees, Unity Gospel House of Prayer, located in Milwaukee, WI. Apostle Lock coined the phrase: “Obey God & He’ll Bless You Real-l-l-l Good!”;  which became the church’s motto and is spoken in unison at the conclusion of every service. In an effort to continue the legacy of Apostle and Prophetess Lock, OGHBYRG Productions was created. Just as they were the living examples of OGHBYRG, the production company stands as a free expression, to all, that obedience to the Lord is where blessings lie. Blessings are far beyond monetary value, but they encompass intangibles such as peace, joy, love, and kindness. These are invaluable blessings that no dollar figure can be placed upon.

Pastor Marlon Lock’s grandparents began caring for him at the age of 15-months, after learning his daycare provider had been abusive. From that time on – until he married the love of his life, Kimberly Lock – Pastor Lock resided with his grandparents. In 2004, Apostle Elbridge Lock suffered 3 heart attacks within an hour and was pronounced dead by hospital staff, only for the staff to return and find him sitting up on the hospital bed. Marlon Lock desired to fully support his granddad’s recovery and found it fitting to secure a home that would be feasible for his grandparents and his immediate family to coexist. Apostle Lock recovered and continued to serve as the overseer of Unity Gospel House of Prayer until his passing on April 8, 2009, leaving his grandson, Marlon Lock as his successor. Three years later, on June 23, 2012, Pastor Marlon Lock’s grandmother, Prophetess Naomi Lock went on to be at rest.

Pastor Lock will forever be grateful for the encouragement, direction and support his grandparents bestowed upon him. They were true pioneers of faith in the Lord and fully walked in Apostle Lock’s motto, OGHBYRG: “Obey God & He’ll Bless You Real Good!” 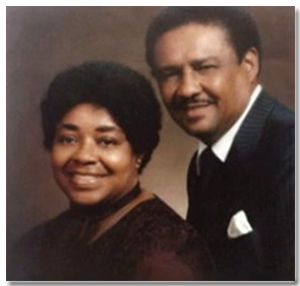